Operating along the Murray River, from Kerang to the South Australian border, in the municipalities of Gannawarra, Swan Hill and Mildura, Lower Murray Water (LMW) provide this extensive region with urban water supply and sewerage treatment; river quality water for stock and irrigation.

Plumatella, a type of bryozoan, is an organism found in oceans, lakes and streams. Whilst important in natural freshwater environments such as the Murray River, it can become a nuisance in irrigation systems by blocking pipes and filters.

Low levels of hydrogen peroxide will be dosed into raw water pipelines in the three regions, in winter when flows are lower, to target the colonisation of Plumatella early in the irrigation season.

To carefully manage the dosing of hydrogen peroxide into the flow of irrigation water, LMW required a dosing system including bunded chemical tank, lockable cabinets for site safety and space for an integrated power control unit at each of the three sites.

Attached to the tank are two lockable cabinets; one housing an infill system with a power control which prevents overfilling of the tank and protects the safety of the operators. The second cabinet contains the dosing system to accurately measure and dose the chemical into the pipeline.

The system was fully designed by Polymaster’s engineering and design team. The design ensured the solution complied with Australian Standards and client requirements.

PRODUCTS USED IN THIS PROJECT

With any new build, there are complexities that need to be thought through. This particular design team had an added challenge of ‘shoe-horning a new plant on the same site as the existing plant, which had to remain operational at all times.
6 November , 2019

The flexibility to deploy these mobile systems and remove them when they are no longer required saves time and money. 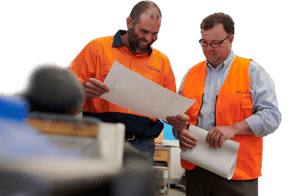